View from the Coach

View from the Coach 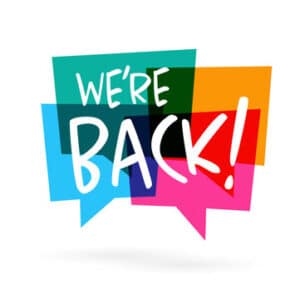 We stopped operating on 17th March and sadly, there has been no activity since then. The shadow that the dreadful Covid-19 has cast will be remembered for decades to come. Dark days in spring and early summer are hopefully being replaced by a new autumn season, full of hope and imagination. Fingers crossed activity will start Monday 21st September, nearly 27 weeks later!

We have not been idle and have taken the opportunity to review all our back office activities. Elaine our new Trustee has done a sterling job sorting out all the paper work involved in keeping our coaches qualified, up to date and effective. Club and school contracts are also being implemented as well as policies to keep our youngsters safe whilst in our care. These policies can be viewed on our website.

Sadly, we will lose one of the highlights of 2020/21; our trip to The Copper Box in London for NJIRC has fallen foul of Covid. This a great shame as it has become the focus of our winter indoor programme. This will also mean that our social highlight, i.e., Dinner at Mere Court will be another casualty of Covid. The Dinner has been a great show case for us as well as a major fundraiser; we can assure everybody it will be back. The lack of our trip to NJIRC means that we will be reshaping our indoor activities and there is an exciting new programme being developed by our friends at London Youth Rowing. More news to follow as it becomes available.

We have also undergone some major changes.

Mersey Youth Rowing has moved house. The arrangements that we had at Mersey Rowing Club and Liverpool Watersports Centre were becoming increasingly unpractical. It was fun to row just under the iconic Liverpool sky line, but sadly things didn’t work out. Phone calls were made and we have relocated to Liverpool Victoria (Vics) Rowing Club, which for those who don’t know is based on the West Float Dock, Birkenhead. The Vics have welcomed us with open arms and there are a number of advantages to being based there. Amongst these will be the use of their gym area in the winter months – a big improvement for our coaches who spent most of last year lugging ergos around the City and delivering sessions in our schools. It has though meant that our pool of schools is changing, as for some getting to Birkenhead is just a step too far. Ironically, for some schools it is easier and so schools such as North Liverpool and De La Salle will continue with the project. We have added Fazackerley and we look forward to welcoming them all to our new home. We will now be casting our net in Birkenhead in search of new rowers from the local area.

Our coaches have also changed, Paul has moved on and Jess will now be working solely in Warrington. We have though gained Jessica and Libby who are both at University in Liverpool. Ralph also joins the gang that will be led by last year’s coach Sam. Our Ambassadors for Mersey now include Professor Zoe Knowles of Liverpool John Moores University; she is keen to get involved helping to promote Mersey Youth Rowing.

Northwich Youth Rowing is starting to blossom into life. This was a logical step for us as links between Warrington and Northwich Rowing Clubs have always been strong. Northwich is an ideal base for us to strike out into the heartland of Cheshire as well as serving the town of Northwich. Initial interest has been strong with 8 schools registering a keen interest. Covid though has damped the enthusiasm of some schools joining the programme hence, NYR are looking forward to welcoming Knutsford and Weaverham Schools as trail blazers for the scheme.

Kevin will be leading the NYR coaching team that will also include Carole, Helen, Mary and Dave. Their line up of Ambassadors is impressive with ex-WYR coach and now Police Officer, Phil Lyons, stepping into more ceremonial shoes. He is joined by the pride of Northwich Rowing Club Matt Langridge, current Olympic Champion and passionate supporter of the scheme. Ex England and Lancashire cricketer Peter Martin also joins the team. He is new to the sport and is involved at Northwich as a parent, but is very keen on youth development in sport.

Warrington have also added a couple of new coaches and we are delighted that Janet and Lauren will be joining us. Our new Ambassador is Ric Egington and he will be dropping in from time to time when he is in the area. Ric is a former junior at Warrington and went on to win Olympic Medals and World Championships.

Our Warrington schools are returning and Sir Thomas Boteler are as ever are first out of the blocks. The cloud of Covid though is hanging around and it may yet dampen our activities. Strange, very strange times, but we will keep going.